Oh, where have all the good girls gone?

The ones who dress modestly, save themselves for good guys, and don’t go thotting around in any way? 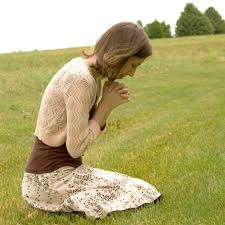 The interesting ones, the passionate ones, the insightful ones? The ones you can have an intelligent, meaningful conversation with?

Do they even exist?

They do, but they don’t.

Yeah, there’s a lot of nuance to this. Wanting a “good girl” can and can’t be realistic.

Are these your standards for a girl? When you’re tryna fall asleep at 1 AM, do you fantasize about meeting a girl who…

* Falls in love with you at first sight, and loves you unconditionally

* You can vent all your neuroses to, and she won’t think any less of you for it

Some of those are realistic, but a guy wanting all of them in a girl is typically him wanting…

These Good Girls™ don’t exist. They’re a loser’s fantasy. And if they do exist, they’re sexually depolarized and emotionally repressed. Being with one will be a headache, unless you miraculously get her out of her shell and deprogram her from a lifetime of flawed beliefs.

More common terminology for these girls is “unicorn”.

She’s an unattainable ideal. And you’re molding your values based on potentially obtaining her someday, not on being true to yourself.

That’s why 99% of Trads are geeks. It’s like an imaginary oneitis. “Someday, I’ll find a good, chaste girl in this sea of sluts who don’t right-swipe me on Tinder”.

Most guys who think they want this type of girl would give up the chance to be with her in a heartbeat for a harem of loyal models. They’re misaligned with the true potential of their sexuality, so they wish to settle for a girl who’s pretty but only has that sexual alignment for him.

Loser mentality. If you want an attractive girl, there’ll be competition. No exceptions. Expect to beat the competition, not to avoid it.

The truth about “good girls”

They do exist, but they’re flawed like any other girl. They have their insecurities, neuroses, past mistakes, and lessons left to learn.

Plus, female nature doesn’t exclude them. “Good girls” will favor tall, strong, confident, masculine men, all other things considered equal, even if her social body tells her to go for the stable, homely nice guys who are ready as fuck to commit.

And they have their dark side, or shadow, like any girl does. Even the most chaste, kind-hearted “good girl” has a primal, merciless, lustful, destruction-seeking instinct in her.

It’s unrealistic to expect any girl to lack this. Don’t be blinded by her more civilized qualities.

You have to acknowledge her shadow but not concentrate too heavily on it. Blind to it, you won’t understand her nature and you’ll be lost in a fantasy of someone she can’t be. Obsessing over it, you’ll see problems where there are none and you’ll unconsciously be drawn to girls who have the heaviest darkness in their hearts.

“Good girls” transcend their biological impulses through higher moral values, just as “good guys” do. But that only balances out the impulses, as things should be. Repressing or denying biology only leads to sexual shame, so get acquainted with yours.

If you want an authentic, high-quality “good girl”, you have to be a man who embodies both sexual attractiveness and healthy trustworthiness. You can’t just have one or the other.

She wants to be desired by a man who appeals both to her primal instinct and her rational mind.

And to get her, you must be on her level of existence.

You also can’t be trustworthy but sexually unappealing. Her rational mind will like you, but you won’t viscerally arouse her.

That leaves one question to answer…

Modesty, and fashion in general is a highly overrated tell of a “good girl”. Yes, you can tell a lot about a girl from how she dresses, but some guys take this mindset in the completely wrong direction.

Just because she’s an introvert who reads books, has a cute necklace, and wears cotton sweaters doesn’t mean she’s of quality. In fact, some girls dress modestly to deliberately dissociate their image from their sluttiness.

The inverse is also true. Some girls show skin in short shorts and tank tops, wear leggings as pants, and put themselves out there in social scenes, and they’re as “good girl” as they get.

Just because a girl’s pretty and goes to the bar doesn’t mean she’s a mediocre slut with no personality. Talk to her. Dance with her. You may really like what happens next.

The real litmus test: Does she give freely? Is she generous? Does she bring positive energy to her environment?

It’s not a question of WHETHER a girl’s sexually driven. They all are.

Or about WHETHER she has sex. Most of them do, or have in the past.

Are her sexual relationships built on USING, or on CONNECTION?

If she freely does generous things for you, like…

Giving you food or drink, openly sharing her feelings and thoughts with no ulterior motive, listening to what you have to say, making an honest effort to get to know you better, and giving you that warm feminine energy…

…then she genuinely wants to connect with you and potentially be yours! Plus she’s emotionally healthy! FUCK YEAH.

Your energy will rise around this type of girl. If she’s positive and genuinely wants to give back to the world, her positive energy will carry over into you. It can’t be faked.

If she just wants to use you, she’ll demand things from you without giving back, she’ll be silent and withdrawn except when she wants something, she won’t have interest in you as more than a utility or a body, and she won’t be warm with you except potentially as a tactic.

Your energy will fall around this type of girl, unless you’re so sexually deprived that even her low energy is stronger than yours. Her negativity will carry over into you.

Don’t waste your time with her. You will never change her.

These girls are insecure and incapable of having a healthy sexual relationship. Their sexual attractiveness is a bargaining chip to them. And when you don’t want to bargain nor to validate their insecurities, they’ll drop you and find a guy who does.

Girls of true quality, who want a healthy, secure relationship with a guy, and who raise the energy of their environment, exist in many different forms. There’s no one type of “good girl” out there.

Maybe she’s athletic, a bookish type, or both. Maybe she’s a traveler, maybe a homebody. Maybe she’s artsy and creative or pragmatic and down-to-earth. Girls are as diverse as guys are, both the good ones and the bad ones.

And if all you attract is “bad girls” who drain you and make your life miserable, that’s a you problem. Something about you is selecting them, consciously or not.

To learn to spot the girls who are best for you, who’ll invigorate you and make you happier, work with me. We’ll get into your psychological world and help you understand women’s, so you know exactly what about you makes them perk up and look at you.

You won’t have to be clueless about the ladies ever again.