Your body’s superficial appearance matters with women, but what matters even more is your body’s chemistry. It will literally make or break how attractive you are to them. It’s the difference between her feeling a visceral, instinctive “he’s fuckable” feeling with you, and her being unconsciously disgusted by you.

Your body is more malleable than you may think. Certain characteristics of it are unchangeable, but much of it is in your control.

What you can’t change:

What you can change:

Some physical flaws of yours will persist no matter what you do, and you just have to live with that. Perfect is boring though. Just build up your positive traits, and they may very well eclipse your negative ones.

The more aligned with nature’s design your biochemistry is…

The most key variable in your biochemistry is:

You certainly know this hormone. It’s literally the thing that makes you a man.

Testosterone is the difference between being one of these guys: 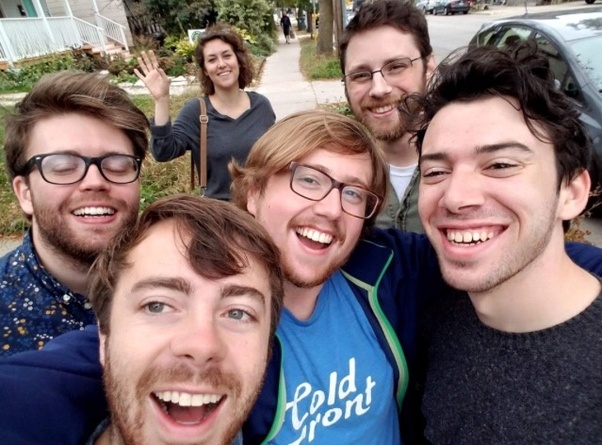 And one of these guys:

Every physical feature of yours that will attract women is shaped by testosterone: skin and hair texture, chiseled features, body composition/chemistry, and scent.

Benefits of optimal testosterone levels include:

Men with low testosterone tend to:

Which category would you rather be in?

Men’s looks aren’t judged by prettiness and delicacy. Strength and power are the source of a man’s attractiveness.

And the smell of testosterone on a man is a pheromonal cue that he has those strong genes.

Without the proper testosterone, a man can be male, but lack manhood.

Sometimes when I’m out, I’ll see someone in the distance and not be able to tell if they’re male or female. Then I get a little closer to them, and I see they’re a guy with low testosterone.

Sad. That’s no way for a man to be. Testosterone is ESSENTIAL for a man’s well-being.

Plenty of cases of anxiety or depression in men are actually undiagnosed low testosterone. Give those men testosterone, and watch their anxiety/depression fade away.

If you worry your testosterone is sub-optimal, here are some ways to get it up, all of which I implement in my own life and get great results from:

Finally, a very important one: Put on muscle mass. The more muscle mass your body has, the higher baseline level of testosterone it requires to maintain that muscle mass.

Lifters who use steroids lose their gains easily when they get off the steroids, because their testosterone came from outside their body. But natty lifters hold on to their gains because of that positive feedback loop of testosterone.

Working out releases higher-than-baseline levels of testosterone into your bloodstream, but having muscle and strength ensures a higher baseline of T even when you’re idle.

Women aren’t viscerally attracted to men who aren’t influenced by their testosterone, no matter what game those men pull.

The closest thing to a quick fix you can get for your attractiveness to women is a boost in testosterone and muscle mass. However, this is only one aspect of what makes a man attractive. A man who’s high-T but needy, unsuccessful, unambitious, and psychologically damaged will still get mediocre women at best.

And men who have little to no testosterone in them can say goodbye to any chance of attracting a woman in the first place.

An increase in testosterone makes men attractive on a sexually polar level, but beyond that, individual compatibility is determined more by bodily chemistry.

I’ve already written about pheromones: chemical messengers that unconsciously communicate your genetic health and fitness to people around you, especially potential sexual partners.

Game does matter with the ladies, but…

(There’s psychological factors at play too, but we’ll get into them later)

There’s plenty you can do to improve the quality of your genetic material, and consequently, your pheromones and your level of biochemical attractiveness to women:

Getting fit and putting on muscle mass – because of the increase in testosterone and physical capabilities.

Eating clean food, giving your body all the nutrients it needs – because your body won’t expend energy on processing unnatural foods that lack nutrients, and that energy gets freed up for all its other processes. With proper nutrition comes proper balance in hormones and neurotransmitters, which drastically affect your biochemical attractiveness.

Not doing recreational, prescription, or OTC drugs – drugs mess up your body’s proper chemical balance and take it further from nature’s design for it.

Learning violence – again, an increase in testosterone and the capacity to defend women from physical threats.

Creating and moving, being of status in a social body – this leads to higher serotonin levels, which I’m certain girls smell on you. They want guys with high serotonin levels because they denote high social status and comfortable living.

There’s many more variables here, but it would take too long to get into them all. Your job, your psychology, your personality and character traits, your talents, your age, and plenty more things all affect your chemistry and your pheromones. Physiognomy is a hell of a thing.

Pheromones are one of a woman’s best means to size up a man, even if she’s not consciously aware of them. Pheromones don’t lie. She unconsciously smells who you truly are. Men who fake themselves to get in her pants won’t keep her attention for long, as she’ll smell the incongruities on them.

Optimizing your biochemistry is a MUST when it comes to attracting women, but there’s little point to it if you never actually meet any women. It’s like buying a Ferrari but keeping it in your garage 24/7.

After you get your body in check, you must find yourself a position in the world where you can thrive and attract women to.